Local bar has licence revoked for crime and disorder 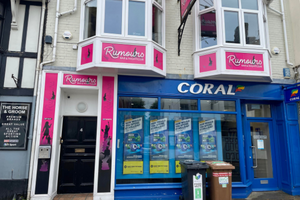 Rumours Bar and Nightclub in Barnstaple has been stripped of its licence after incidents of crime and disorder took place on the premises on several occasions.

On 27 June, Barnstaple Magistrates Court were presented with the culmination of work undertaken by North Devon Council and the police in the hearing for the local bar. Its licence had been revoked by the council in November 2021 but the business had continued to lawfully trade awaiting the appeal hearing.

The bar was found to have breached rules which include the undermining of:

Witness statements from the police were presented at the magistrate's court alongside CCTV that showed two serious incidents of crime. The first took place in May of this year and another incident which took place this month. Both incidents were linked to the consumption of alcohol on the premises.

A timeline of incidents which set the scene for the magistrates was also presented and showed a catalogue of problems and mismanagement of the bar.

The appeal decision resulted in the premises being required to permanently close their doors.

Chair of the council’s Licensing and Community Safety Committee, Councillor Louisa York says: "An attractive, safe and well-managed night-time economy adds value to our town centres. We thank the majority of our licensees in Barnstaple for doing a good job in managing their establishments. We are pleased the magistrate's court has been supportive of our efforts to promote the positive image and reputation of Barnstaple. We have a good mix of bars, restaurants and cultural venues and will robustly tackle any business generating a negative perception of our town.”

Inspector Andy Wills, the Barnstaple Sector Inspector says: “The vast majority of the local licenced trade operate their premises conscientiously and with respect towards our wider community. We thank them taking the time and effort they do to provide safe and high quality entertainment and social venues for us all to enjoy. They do so with the expectation that premises which do not do so will be accountable, and the community expect the same. This case demonstrates that when appropriate standards are not maintained in compliance with the licencing objectives, Devon and Cornwall Police and the Local Authority will work together to provide a resolution. We pool information and resources, and try to work with the premises to remedy the situation. Where change cannot be effected through such engagement, we will look to develop a case to take the licence to review. Revocation can be the outcome. We are pleased that both the licencing committee and the magistrates agreed this was the appropriate outcome in this case. The community of this town can feel confident that they are listened to by both the Police and North Devon Council, and that Community Safety is a central and shared objective for us.”

The court found that the council had acted appropriately in revoking the licence and awarded the council its full costs.