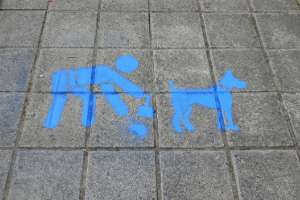 A number of measures to help address antisocial behaviour associated with dog waste and uncontrolled dogs will be considered at North Devon Council's Full Council meeting later this month.

This decision was made by members of the council's Strategy and Resources Committee today (13 November 2012). The move follows a public consultation earlier this year, when North Devon's residents were invited to comment on the proposals, with over 3,000 responses being received. At today's (13 November 2012) meeting, the results of the consultation were considered by committee members, who concluded that the measures should be recommended for introduction.

These measures target the actions of a minority of dog owners who fail to pick up dog waste and allow their pets to run out of control, whilst still providing open spaces where owners can freely exercise their dogs. They include the requirement for:

Councillor Netti Pearson, Lead Member for Environment says: "Dogs can be wonderful companions and bring health and social benefits to their owners, the majority of whom are very responsible when it comes to their pets.

"It’s a shame that we need to consider any sort of control but there is a small minority in our district who persist with the antisocial behaviour associated with dog fouling and failure to control their dogs.

"These measures are designed to make shared spaces enjoyable for all and our approach takes into account the views from the consultation and should not have a negative impact upon the responsible majority of dog-owners; they are purely intended to help reduce problem behaviour by the minority for the benefit of the community."

A full summary of the control measures is available on the council's website. The recommendations will be considered at a Full Council meeting on Wednesday 25 November.