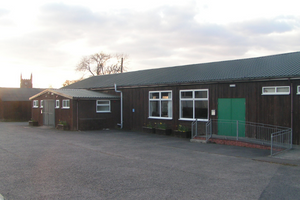 Improvements to community amenities across North Devon are on their way thanks to a funding boost of almost £220,000 from North Devon Council.

At a meeting of the Strategy and Resources Committee on Monday 6 December, councillors agreed to allocate the money from developer contributions, which will be used to help improve various community facilities in the areas of Filleigh, Witheridge and Newton Tracey:

Leader of North Devon Council, Councillor David Worden, says: “It is wonderful to see our communities really benefitting from developments such as these. In recent years there has been some controversy over various new developments in North Devon, because the public rightly understand our need to protect our green spaces, retain the character of our district and build sustainable communities.

"However, it is clear that there have also been benefits from some of these developments as they have contributed towards community infrastructure that we would otherwise have not been able to afford.”

Selaine Saxby MP, acting in her capacity as district council ward member for Instow, says: “I am delighted that S106 is bringing community benefits to my ward. I hope to visit the Newton Tracey cricket club training bay when it has been constructed and am pleased that local sports clubs do get benefit from these funds as well.”

Local ward member for Witheridge, Councillor Jeremy Yabsley says: "The very considerable sums of money being provided by NDC via S106 Developer contributions will make a real difference to the lives of people living in Witheridge and its surrounding area but this needs to happen as the impact of the rapid delivery of significant numbers of new housing developments is also very significant."

Local ward member for Chittlehampton, Councillor Ray Jenkins says: "I am pleased to learn that a significant grant is to be made by NDC to Filleigh Village Hall Committee for much needed improvements to the village hall. I would like to thank the committee, who work hard to raise funds to maintain and improve the village hall for the benefit of the community.

"With the support of North Devon District Council this project (otherwise unaffordable) can go ahead. Thirty years since the Village Hall was built, it can now undergo this important phase of improvement to bring it up to date. It will be lighter, brighter, warmer, more efficient and can be used and enjoyed by this and future generations of villagers."

Under Section 106 of the Town and Country Planning Act 1990, contributions can be sought from developers towards the costs of providing extra community and social infrastructure as a result of the impact of a new development in the area.

These contributions can only be used for certain things, but are used primarily for public open space projects.

These funding agreements will be ratified by a meeting of the Full Council in January.