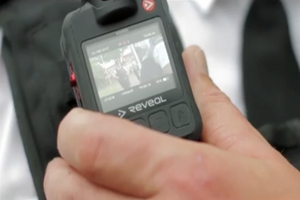 From early next year, a number of North Devon Council Officers will be authorised to use Body Worn Video (BWV) equipment whilst carrying out their duties.

Whilst the council already has measures in place to protect officers' health, safety and wellbeing, the introduction of BWVs is to further protect them where incidents involving violence and/or aggression are directed towards them. They will also provide evidence of such behaviour, help to increase the employees' sense of safety and reduce their fear of crime when they are at work.

The BWVs will be clearly identifiable on the officers’ uniforms and the officers will only turn the devices on when they find themselves in situations where they believe that they may be subject to physical or verbal abuse, or where they are approached by a member of the public in a manner perceived as aggressive or threatening. Officers will always announce the turning on of the device so that people will know that they are being filmed.

Leader of North Devon Council, Councillor David Worden, says: "The safety of our officers is extremely important to us and we want to make sure we do everything we can to make them feel safe at work by giving them the body worn cameras as an extra level of security.

“Unfortunately, through the nature of their work, these officers are sometimes open to verbally or physically abusive encounters whilst they are out and about working in the community. While these are rare, they are completely unacceptable - no one should be exposed to abuse simply by doing their job.

“We also want to ensure we have the full picture of any incidents of violence and aggression that take place to establish how the incident occurred."

If you would like to read more about the use of Body Worn Videos by North Devon Council, the Body Worn Video (BWV) Policy & Procedure is available on the website.