Mourning arrangements for Duke of Edinburgh 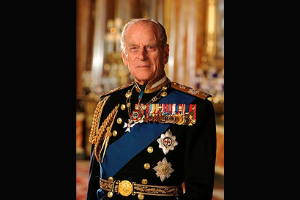 Following the sad news of the death of His Royal Highness The Prince Philip, Duke of Edinburgh, North Devon Council is putting the formal arrangements together to help people pay their respects.

Flags at the council's headquarters at Brynsworthy and at Ilfracombe Harbour are flying at half mast but in response to the Royal Family's wishes that they would like people to express their condolences in the safest way possible, the council will not be opening a tribute area for flowers.

The Royal Family has suggested that people may wish to make a donation to a charity of their choice or one of The Duke of Edinburgh’s Patronages in memory of His Royal Highness, instead of leaving floral tributes.

No physical books of condolence will be made available due to issues around social contact but people can sign an E-book of condolence on the The Royal Family website. Anyone without access to the internet can call the council's Customer Services team on 01271 327711 who will be happy to submit comments on their behalf.

Chairman of the Council Cllr Julie Hunt says: "Our thoughts are very much with the Royal Family and in particular with Her Majesty The Queen. We hope that everyone understands how important it is to keep ourselves safe and respect the wishes of the Royal Family."