EV charger suppliers to bid for a greener North Devon 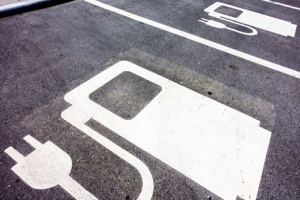 Owning electric cars will soon be a more attractive proposition for North Devon residents, as North Devon Council plans to install additional electric vehicle (EV) charging points in the district - and is inviting suppliers to tender for the contract.

The council is looking to procure an electric vehicle charger supplier and enter into a concessions agreement with them. The supplier will be expected to supply rapid chargers at NDC car parks in return for income from the charging devices. It is compulsory that all suppliers source renewable energy for the charge points.

The move is great news for residents who have been put off buying an electric car due to a lack of charging points in the district, as well as being positive news for the environment. The council says the EV devices will be capable of charging every car currently in production by the major car manufacturers and it hopes this will encourage North Devon's residents to consider buying an electric car in future.

Lead member for Economic Development and Regeneration at North Devon Council, Councillor Malcolm Prowse says: "This is really exciting news for North Devon and it's great news for our environment too. Research has shown that electric cars are better for the environment; they emit less greenhouse gases and air pollutants than a petrol or diesel car. We believe that providing additional EV charging points in North Devon is a great first step to encouraging our residents to buy a cleaner, greener car. We want to hear from as many EV charger suppliers as possible and look forward to making these plans a reality."

Suppliers interested in bidding for the contract can find out more information at www.supplyingthesouthwest.org.uk. The tender opened on Friday 2 October and suppliers have until Friday 13 November to submit their bid. The successful bidder will be appointed in December this year, with work to start in January 2021.