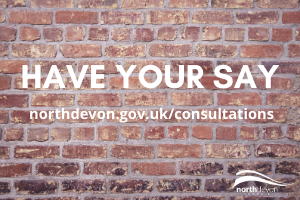 A public consultation is to be carried out by North Devon Council on plans to introduce a Public Spaces Protection Order (PSPO) in a number of North Devon towns and villages, following a rise in complaints about antisocial behaviour.

The proposed PSPO will target nuisance behaviours such as street drinking, drug use, public urination and aggressive begging (using intimidating language or actions, or begging within five metres of a pay point or cash machine) in Barnstaple, Ilfracombe, Braunton, Croyde, Woolacombe and Combe Martin.

In Barnstaple and Ilfracombe, the proposed PSPO expands on restrictions currently in place, which are designed to prevent nuisance alcohol and drugs misuse, to include other conduct that has a detrimental effect on the local community. In Braunton, Croyde, Woolacombe and Combe Martin, alcohol and drugs misuse restrictions would be introduced during the summer months only, when there's an increase in population.

The PSPO has been designed with the aim of enabling the council to manage street-based antisocial behaviour more proactively. If it goes ahead, a breach could result in the issue of a £100 fixed penalty and failure to pay the penalty will result in court proceedings.

Leader of North Devon Council, Councillor David Worden, says: "We are very keen to address the nuisance behaviour being reported to us by our residents. Antisocial behaviour of any kind is unacceptable and can have a really damaging impact on people's lives, so we would like to be able to deal with conduct of this kind in a more direct way. We'd like to hear from as many residents as possible about their views on the PSPO, so please take part in the consultation and have your say."

The proposed PSPO is available in full at www.northdevon.gov.uk/consultations. The consultation is open between 13 March and 27 April.